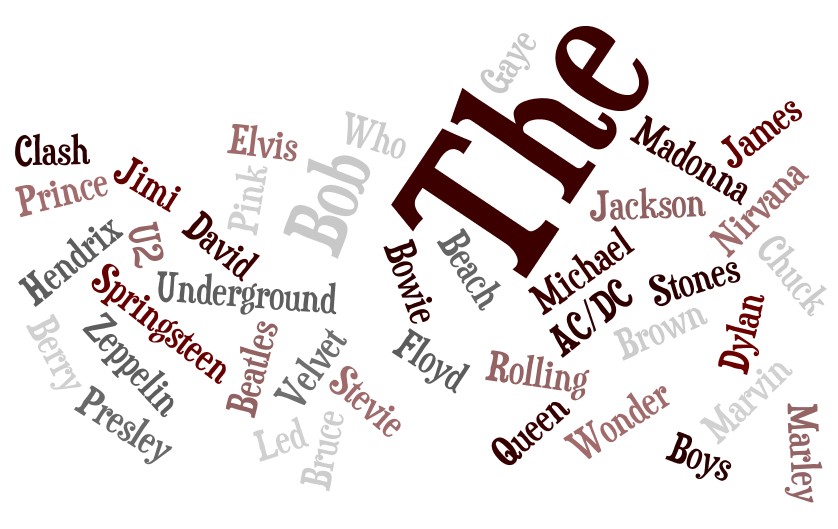 In year’s past I’ve spent a pretty good deal of time listening to, writing and playing music. I’ve recently determined something. Today’s music isn’t very good. There is a great deal of evidence to back up that statement.

Exhibit A – The radio today. I usually listen to classical or audiobooks while driving but if my youngest daughter is in the car sometimes we’ll listen to ‘pop’ radio. Wow. Most of it sounds the same and the stuff that doesn’t is just as bad. Most of the female singers all sound the same, probably because of the production.

Exhibit B – There really isn’t any true ‘rock’ bands around anymore. With the possible exception of the Foo Fighters and Train, most bands today seem to have almost no focus. Let’s remember where rock music started. Opinions vary but the first rock song was either Ike Turner’s Rocket 88 or That’s Alright Mama later recorded by Elvis. The first true rock bands had a couple of guitar players, a bass player, drummer and maybe a keyboard or even a saxophone player. There was a foundation of solid music over which the vocals were layered. Today’s structure may include some of those instruments but they certainly aren’t being used the same way. See more about this in the next item.

Exhibit C – Guitar players are scarce. I mean really scarce. In the 70’s and 80’s you could hear any number of great guitarists including Frampton, Clapton, Stevie Ray Vaughn and others. Most of today’s guitarists, other than the exceptional Joe Bonamassa, seem to want to use too many effects or too few strings. Don’t get me started on the prevalence of ‘single string rapid picking with effects’ guitarists.

Exhibit D – Festivals and Other Shows. We have the Palladia channel which shows several all day festivals. It’s amazing the bands that are invited to these shows. I’d think before you could play in front of 10-20,000 people you should have some talent and at least a little name recognition outside of the small band of groupies. Most if not all of the artists that appear at these festivals are unknown to me.  I mean unknown. Not the ‘I’ve heard of them but haven’t heard them’, kind but the ‘who?’ kind of unknown.

I hope this changes but I don’t have a lot of confidence seeing the new group of talent. I’m looking at you Beiber.